A couple of months ago, The CNN Freedom Project brought you the harrowing tale of a sex slave ring run by a Romanian father and son, with reporting from CNN's Jonathan Wald and Dan Rivers.

Now, explore the story further with these excerpts from the documentary, "Sex slavery: A family business," which examines the flourishing sex trade in Romania and provides an inside look at the authorities' struggle to bring it under control. END_OF_DOCUMENT_TOKEN_TO_BE_REPLACED 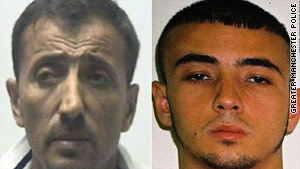 One of the girls was Marius Nejloveanu's cousin. Another was a relative of the Nejloveanus' business partner who pled guilty to sex trafficking. END_OF_DOCUMENT_TOKEN_TO_BE_REPLACED

Topics: In The News • The Traffickers