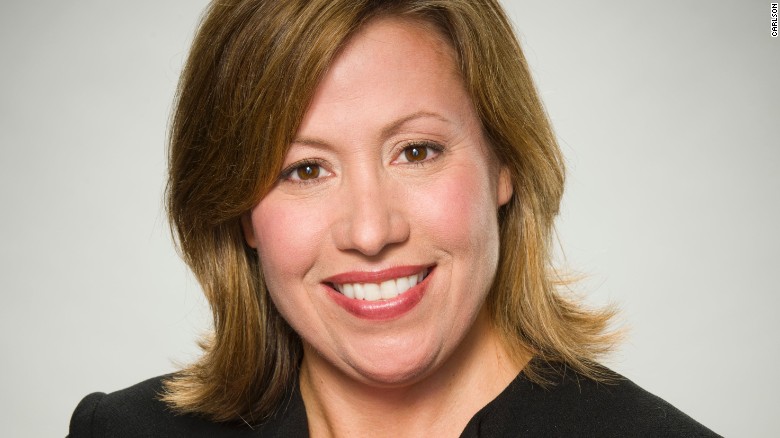 But here, and around the world, girls and boys are falling prey to human traffickers.

The International Labour Organization estimates there are 21 million human trafficking victims worldwide making the forced labor and sex trade one of the greatest human rights violations of our time.

The company I work for, Carlson, has been on the frontline of the war against trafficking for more than 15 years. The lessons we have learned as a global hospitality and travel company and the experiences we have had along the way in our fight to end this scourge inspire me, and can serve as a model for other companies that want to take a stand, use their influence and play an important role in ending this horrific act.

It began in 1999 when Marilyn Carlson Nelson, former chairman and CEO of Carlson, was among the first to speak out on the issue of human trafficking in the hotel and travel industry.

After hearing horror stories about how children were being exploited in hotels, Marilyn joined philanthropic forces with Queen Sylvia of Sweden and the Carlson Family Foundation co-founded the World Childhood Foundation. The mission:  To care for the world’s street children and protect them from abuse and exploitation.

At the time, the company’s legal advisors were worried this connection would draw negative attention to our hotels, but Marilyn was not dissuaded.

Yes, she was one of the world’s leading business executives - but she was also a mother, and brand new grandmother who had a profound insight while holding her new grandson. “This child is so loved by so many, yet all of our personal success and nurturing won’t be able to protect him if we don’t do something on behalf of those children in the world without a family, without hope, and without a future,” she said.

At that moment, Marilyn became an advocate for 21 million enslaved children worldwide.

In 2004, Carlson became the first global hotel company to sign the ECPAT Code of Conduct. By the start of 2015, 40 U.S. travel leaders, including Delta Air Lines and Sabre, have joined the fight to abolish modern day slavery.

We require anti-trafficking awareness training in our 1,500+ Carlson Rezidor Hotels worldwide so all employees - from the front desk to housekeeping - can spot signs of trafficking and report them to authorities. We openly share our training materials with competing hotel companies and law enforcement because we want everyone associated with the industry to fight this crime.

Minnesota is an epicenter of anti-trafficking legislation at the State and Federal level. I strongly support bipartisan legislation, including the Stop Exploitation through Trafficking Act, co-authored by Minnesota’s U.S. Senator Amy Klobuchar (D) and Congressman Erik Paulsen (R). This is where my political experience aligns with my personal passion.

In my job, I lobby for legislation that ensures minors who are sold for sex are treated as victims, not criminals. We have to have tougher penalties for pimps; more funding for the National Human Trafficking Hotline; and job skills, shelter and services for trafficking survivors.

Through philanthropy, I believe we can fight slavery at the source - before it happens - and also provide a pathway to safety, hope and prosperity for trafficking survivors.

This is my greatest privilege in working for Carlson. We help fund NGOs such as The World Childhood Foundation, UN Global Compact, ECPAT, World Affairs Council and Minnesota Women’s Foundation, and we raise critical awareness of the issue and train other abolitionists.

Through grants to The Bridge for Youth, 180 Degrees and The Samaritan Women, we provide shelter and emergency services for survivors, runaways and youth at risk of exploitation.

And, to lift people out of harm’s way and put them on a path toward empowerment, financial stability and self-reliance, we support vocational training and career opportunities through the International Tourism Partnership, Nomi Network and Breaking Free.

We urge others to join and sign the ECPAT Code; raise awareness of trafficking among your employees, customers and supply chains; contact your elected officials; and help free the 21 million slaves.

I often think of Mother Teresa, who said: “I can do things you cannot, you can do things I cannot; together we can do great things.”