This week Pope Francis, the Archbishop of Canterbury who is head of the Anglican Church, and the Grand Imam of the al-Azhar mosque in Egypt, Islam's highest-ranking Sunni cleric, united to tackle modern day slavery.

Their representatives gathered at the Vatican to sign on to the Global Freedom Network, an initiative launched by Australian billionaire and mining magnate Andrew Forrest.

“I got dragged, really, kicking and screaming, into this cause by my daughter, Grace,” Forrest said. “When she was 15, she worked in an orphanage in Nepal and our intelligence was that there was something suspect about the orphanage.”

The Global Freedom Network wants international support. It wants 50 multi-national businesses to free their supply chains from slavery. And it wants to convince the G20 to adopt an anti-slavery initiative.

Christiane Amanpour spoke to Forrest, along with Archbishop David Moxon of the Anglican Church and Bishop Marcelo Sanchez Sorondo of the Catholic Church.

FULL STORY
Topics: In The News

'Every Day in Cambodia' repeat showing

The Freedom Project documentary, "Every Day in Cambodia", first broadcast last year, airs again this weekend. The film, presented by actress Mira Sorvino, documents the appalling plight of children sold into sex slavery, sometimes by their own mothers, and the people fighting to stop the practice.

Topics: Every Day in Cambodia 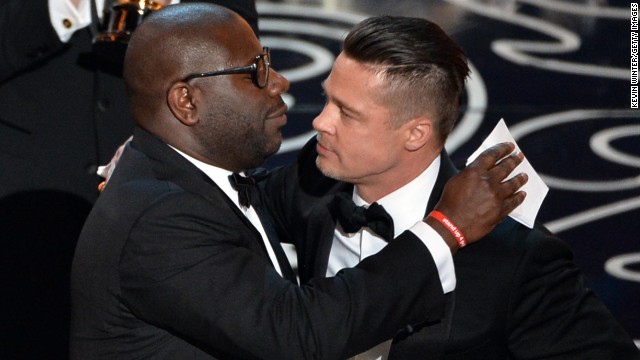 Director Steve McQueen dedicated his Oscar for "12 Years a Slave" to the "21 million people who still suffer slavery today". The British director is a patron of Anti-Slavery International, an organization that seeks to eradicate modern-day slavery around the world.

Can the chocolate industry change its ways?

Is change really happening in the cocoa fields? Is child labor actually being eradicated, is slavery in the plantations finally coming to and end and are conditions improving for workers? After watching Cocoa-nomics, CNN's investigation into the chocolate industry's supply chains, Richard Quest challenged a panel of experts. Here are the highlights of his discussion with Guy Ryder of the International Labour Organization, Nick Weatherhill of the International Cocoa Initiative, Ben Skinner of Tau Investment Management and Bryson Vogeltanz of the End It Movement.

Cocoa-nomics: Watch the documentary in full

Two years after exposing slavery in the cocoa plantations of Ivory Coast, a CNN team went back to see how the chocolate industry and the Ivory Coast government were tackling the problem. Watch the documentary, presented by Richard Quest, in full.

As part of the Freedom Project documentary Coaco-nomics, which investigates how the chocolate industry is trying to eradicate slavery from its supply chains, Richard Quest interviewed Ivory Coast Prime Minister Daniel Duncan. He said the government was committed to improving revenues for famers and building schools for children.

This man is about to taste chocolate for the first time

This farmer from Ivory Coast has been growing cocoa beans for decades, yet he'd never tasted chocolate. As part of the CNN Freedom Project documentary Cocoa-nomics, Richard Quest explored the economics of the chocolate industry which is trying to eradicate slavery from its supply chains. And when he met some of the men, women and children who harvest the beans, he arrived with a KitKat and a box of luxury chocolates from a business class flight.