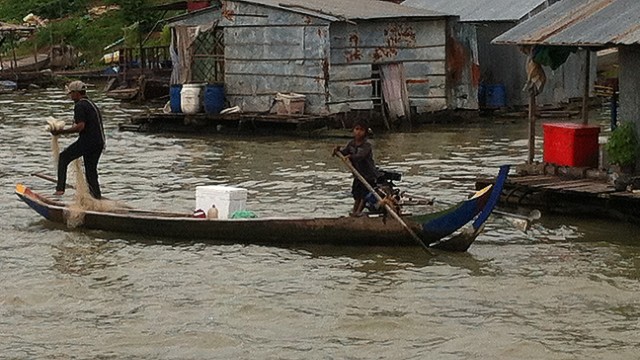 Editor’s note: Mira Sorvino, a human rights activist and Academy Award winning actress, went to Cambodia with the CNN Freedom Project to expose child sexual exploitation. This is an edited journal from her week in the country.

Phnom Penh, Cambodia (CNN) – We have just landed in Phnom Penh, to begin one of the most important journeys I have ever embarked upon.

I have been an activist on the issue of human trafficking since 2004, the year I was expecting my first of four children. I was spokeswoman for Amnesty International’s Stop Violence Against Women campaign, which brought the issue of modern-day slavery to light for me. Before this, I was blissfully unaware that slavery was alive and well – it had just gone underground. Meeting survivors of human trafficking changed my life, and deepened my commitment to fighting this terrible scourge that affects most every country around the world.

Since 2009 I have been a United Nations Office on Drugs and Crime (UNODC) Goodwill Ambassador Against Human Trafficking, one of the greatest honors and challenges of my life. I have interviewed scores of survivors in many countries, as well as government officials, NGO workers, law enforcement and even a man responsible for sex trafficking about 4,000 girls from Latin America to European club-brothels.

I've also partnered with the CNN Freedom Project several times; this time I'm taking off my UN hat and joining forces with CNN to present this documentary. We are here to see why Cambodia continues be a hub of child sex trafficking and virgin sales, and what we can do to help expose the problem and suggest solutions.
I’ve never been to Cambodia, though I made a fictional movie, “Trade of Innocents,” about child sex trafficking in Cambodia (shot in nearby Thailand). I am excited to discover this new place, but feel trepidation over delving into our heartbreaking topic.

After driving to our Phnom Penh hotel amidst a swarm of mopeds - or “motos” as they’re called here, some with families of five crowded on top - we decided to beat the jet lag by doing a little tourism.

As we boarded a boat for a river tour, we immediately noticed the long, narrow, covered boat homes of ethnic Vietnamese. They live in Cambodia without official status, and spend most of their lives on their boats –families living and working in these small vessels, children swimming and bathing in dirty-looking water. We pass floating houses, with netted fish holding areas underneath.

Corruption is endemic at every level of society here, an expert tells me – adding that every brothel here operates with the help of the police or military.
I have a deep sense of foreboding of the world we are about to enter, the suffering of children being used by men in unspeakably cruel manners. We may meet a few survivors, but knowledge that hundreds or thousands of others still endure the misery of repeated rape in dank, fetid rooms in neighborhoods nearby - and we would not be able to save them.

I have met child survivors before, and been haunted by them, unable to sleep as their faces and deep stares burned themselves into my memory.

I am afraid. But those memories are what drive me to fight for an end to this sexual slavery. I feel ready to face tomorrow's challenges, whatever they may be.