Operation Hope: How you can help

We have had huge interest in the incredible story of Okkhoy, the seven-year-old boy from Bangladesh who was mutilated by a gang of men because he refused to beg for them - and his subsequent surgery and recovery in the U.S.

Many among our audience asked what they could do to help.

There is no formal helpline set up to assist the family. But Aram Kovach, the businessman who helped bring Okkhoy to the U.S., has launched a fundraising site called Donate and Help to finance trips for other children who need life-changing medical treatment.

The wider issue behind Okkhoy's story is how to eradicate the practice of forced begging. Among the organizations involved in this work in Bangladesh and elsewhere are Save the Children and UNICEF.

You can also donate to the Johns Hopkins Children’s Center in Baltimore, Maryland, where Okkhoy had his surgery.

Thank you to everyone for your comments and interest in Okkhoy. 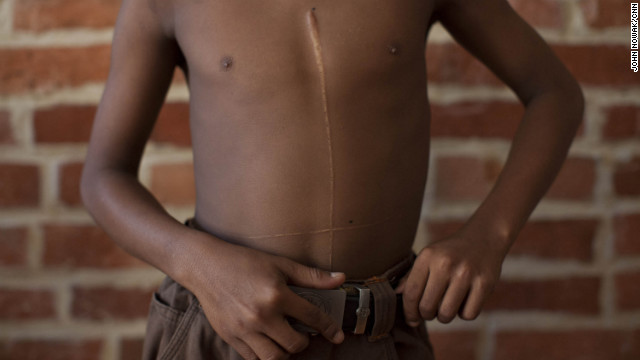 Filled with a combination of sadness, guilt and responsibility I began to roll down my window. “No madam!” my taxi driver implored. “This is very bad,” he continued, shaking his head ever so slightly. END_OF_DOCUMENT_TOKEN_TO_BE_REPLACED

From horror to hope: A boy's remarkable recovery from brutal attack

Now you can watch the whole of "Operation Hope", the documentary charting the amazing story of Okkhoy and the strangers who worked to help him change his life. See the video in three parts here

His hands press down on the boy's slashed-open stomach to keep the insides from spilling out. He sobs convulsively. "Listen to me! You cannot die!" he repeats his morbid mantra. "If for nothing else, to exact justice."

The two are on a rickshaw headed to a hospital in Dhaka. It's not the most effective way to transport a dying child through the cramped, congested streets of the Bangladeshi capital. But it's all that the impoverished father can afford. Hours earlier, four men had surrounded the 7-year-old boy, bound his hands and feet and cracked open his head with a brick. They held him down and took a switchblade to his throat. They sliced his chest and belly in an upside down cross. And in a final brutal act, they hacked him sideways, chopping off his penis and his right testicle.

"It's amazing that he lived," a doctor would later say. "I'm really surprised he didn't bleed to death prior to getting to the hospital."

This is the story of a boy who not only survived, but is now the key witness in a trial that has forced Bangladesh to confront the cruel but overlooked practice of forced begging. It is also the story of strangers, half a world away, who set out to show the boy that good exists in equal measure as evil - and who set off a chain reaction of kindness to make him whole again.