A CNN investigation into modern day slavery in Mauritania has won Best Feature at the annual Online Journalism Awards.

“Slavery's Last Stronghold” followed the stories of slaves and slave owners in Mauritania, the last country in the world to abolish slavery but where it is thought between 10% and 20% of the population still live in servitude.

Spending nearly a year to gain entry into the country and conducting many of their interviews at night and in covert locations, CNN writer John Sutter and digital content producer Edythe McNamee went to great lengths to uncover the tragedy of slavery across generations. The project was published as CNN's first digital magazine, combining  video, text, photography and interactive components.

The 2012 Online Journalism Awards were presented in San Francisco on September 22. The awards, which began in 2000, celebrate innovation in digital journalism around the world.

'Stand in the Sinai' now online

As part of the Freedom Project CNN this year returned to Egypt’s Sinai Desert where people-smugglers abuse, rape and hold for ransom desperately poor refugees.

In 2011 “Death in the Desert” uncovered evidence that traffickers tortured the refugees, and in some cases harvested their organs for sale on the black market, leaving many of their victims to die.

This year, in “Stand in the Sinai” we saw how the battle against the traffickers was progressing and found Bedouins, dedicated aid workers and former refugees fighting the horrific trade in human suffering.

Now for the first time you can watch the entire documentary online here in three parts.

END_OF_DOCUMENT_TOKEN_TO_BE_REPLACED

Obama: Every nation can tackle slavery

President Barack Obama called modern day slavery "barbaric" and "evil" as he spoke out Tuesday against trafficking and praised companies, organizations and individuals fighting the traffickers.

He also signed an executive order strengthening protections against human trafficking for domestic federal contracts, and tightening anti-trafficking rules for government contracts abroad worth more than $500,000.

"I’m talking about the injustice, the outrage, of human trafficking, which must be called by its true name–modern slavery."

END_OF_DOCUMENT_TOKEN_TO_BE_REPLACED

(CNN) - From Coca-Cola to Microsoft, some of the most recognizable brands in the world of business have joined forces in the fight against human trafficking and slavery.

The International Labor Organization estimates that 21 million people are currently trapped in slavery, with almost every country on the planet affected, according to the United Nations Office on Drugs and Crime (UNODC). END_OF_DOCUMENT_TOKEN_TO_BE_REPLACED

The Sinai desert is a hub for people trafficking. Many of the refugees from sub-Saharan Africa who get smuggled through here get tortured and blackmailed in the process.

Bedouin gangs – instead of trafficking the refugees straight into Israel - often hold them captive, torture them and force relatives into paying ransoms for their release.

The ordeal is exceptionally bad for women. Many of them are raped by the traffickers and some become pregnant. END_OF_DOCUMENT_TOKEN_TO_BE_REPLACED

Topics: Death in the Desert • Uncategorized 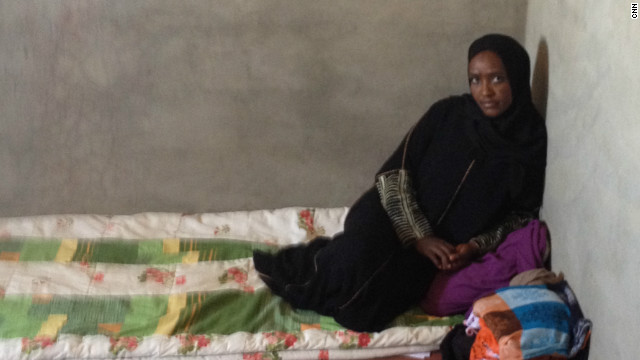 END_OF_DOCUMENT_TOKEN_TO_BE_REPLACED

For thousands of African asylum seekers fleeing danger via Egypt's Sinai desert, one woman serves as an oasis after their harrowing journey into Israel.

She was born in Eritrea as Azezet Habtezghi Kidane. In the migrant shelters of South Tel Aviv, she is known simply as Sister Aziza.

In the free clinic for migrants run by the Physicians for Human Rights-Israel, where she volunteers as a nurse, Sister Aziza examines the African refugees. She sees burns and whip marks on the body of one of the men who fled to Israel though the Sinai. END_OF_DOCUMENT_TOKEN_TO_BE_REPLACED

The area of Al Mehdia near Egypt's border with Israel is a lawless place even by Northern Sinai's standards.

There is no police force and a military offensive launched recently after a deadly string of militant attacks on Egyptian border guards, has not stopped the illicit trade that flourishes in this area.

Tankers full of fuel still make their way to smuggling tunnels leading to Gaza in broad daylight and marijuana fields are cultivated with elaborate irrigation systems in the middle of the desert.

Last year CNN visited the region as part of the Freedom Project spotlighting the depths that the traffickers have sunk. Now we revisit the remote region to see Bedouins tackling the trafficking on their doorstep.

END_OF_DOCUMENT_TOKEN_TO_BE_REPLACED

Topics: Death in the Desert • Uncategorized