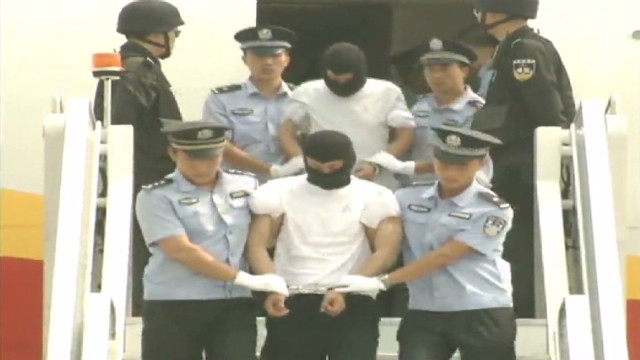 Dozens of Chinese criminal suspects living in Angola were sent back to Beijing on a chartered flight over the weekend, state media reported.

The 37 suspects were allegedly involved in a variety of crimes, such as kidnapping, human trafficking and forcing women into prostitution, according to the Xinhua news agency.

Authorities rescued 14 Chinese victims, who were sent from the capital of Luanda, on the same flight Saturday, Xinhua said.

The suspects lured women to Angola with promises of jobs and forced them to engage in prostitution, Chinese police said.

Full story and video
Topics: In The News