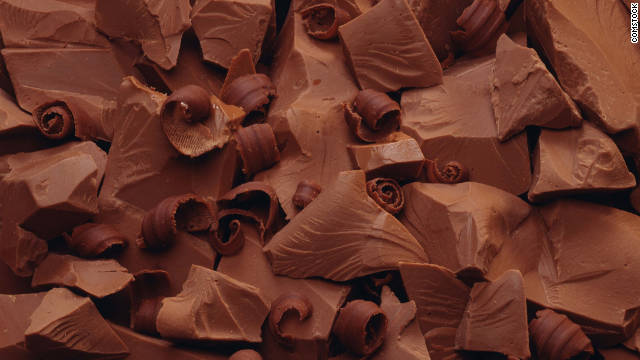 Who consumes the most chocolate?

In "Chocolate's Child Slaves," CNN's David McKenzie travels into the heart of the Ivory Coast to investigate what's happening to children working in the cocoa fields. More information and CNN International air times

But who produces and consumes the most chocolate in the world? Do women really partake of it more than men? Who has the highest demand for the indulgent treats? Take a look at some of these figures:

Chocolate is an $83 billion a year business, according to research firm MarketsandMarkets. That makes the industry's value larger than the Gross Domestic Product (GDP) of more than 130 nations on earth, World Bank figures show.

Europeans account for nearly half of all the chocolate the world eats, according to the International Cocoa Organization. The average Brit, Swiss or German will each eat around 11 kilograms (24 pounds) of chocolate a year.

Men's love of chocolate is on par with women's preference for the treat: A UK study by research group Mintel revealed 91% of all women admit to eating chocolate – with the men not far behind at more than 87%.

Valentine's Day, which is just around the corner, means big business for chocolate companies. In the U.S. alone, more than 58 million pounds of chocolate candy are sold during Valentine’s week. That's $345 million in sales in just one week and it makes up more than 5 percent of chocolate candy’s sales for the year, according to Nielsen research.

Since the Harkin-Engel protocol was signed, the chocolate industry has made nearly a trillion U.S. dollars. According to the watchdog group Stop the Traffik, only 0.0075% of that money has been invested into improving the working conditions for children in West Africa.

Of the estimated 218 million child laborers in the world, about 70% work in agriculture, says the International Labour Organization, a U.N. agency.

Hungry for more? Here's more details of the consumption and production, according to the International Cocoa Organization: