Clinton: We are shining a light

U.S. Secretary of State Hillary Clinton sits down with CNN's Jim Clancy to explain what the annual Trafficking In Persons Report does and how the U.S. helps countries tackle their own slavery problems. 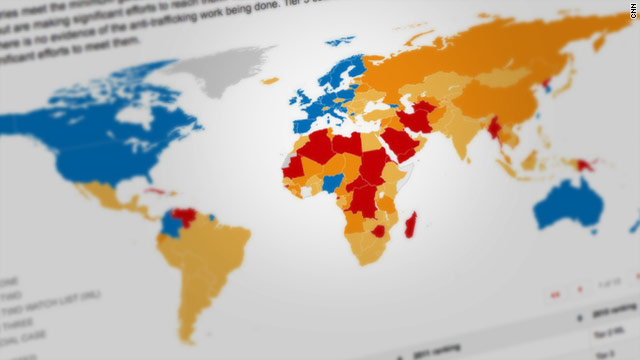 The man behind the annual U.S. TIP Report says governments and consumers have to work against modern day slavery.

Slavery in the U.S. capital