Taking a stand against slavery

Check out iReporters who participated the Freedom Project iReport Challenge and took a stand against slavery.

If you would like to take a stand against human trafficking, join CNN iReport and GOOD and submit a video of yourself saying "I'm taking a stand to end slavery" at iReport.com.

Topics: How to Help • iReport 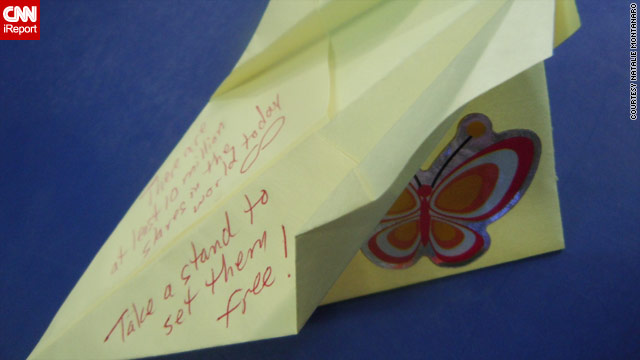