The CNN Freedom Project: How to help

The issue of modern-day slavery in The CNN Freedom Project may spur many readers and viewers to ask: How can I help?

CNN's mission is to create awareness on the topic of modern-day slavery and provide people with information about organizations dedicated to ending it. END_OF_DOCUMENT_TOKEN_TO_BE_REPLACED 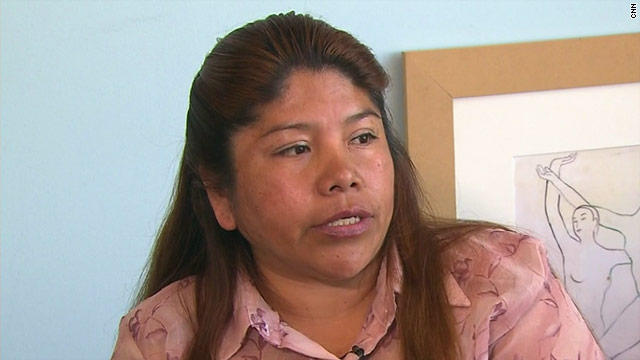 I had to leave my mom and my children behind. I was told that when I got to the U.S. I will have a job so I could send money home, food and a place to stay. When I arrived in Los Angeles, I quickly realized it had all been a lie. END_OF_DOCUMENT_TOKEN_TO_BE_REPLACED

How you can help: Slavery in the supply chain

It’s easy to say that human trafficking is a violation against basic human rights and that it should be abolished. And we often assume that modern-day slavery only takes place in countries far away, that it doesn’t affect us, and that we in no way contribute to the perpetuation of this terrible crime.

Unfortunately, nothing is as clear cut as that. According to UN.GIFT, 161 countries worldwide are reported to be affected by human trafficking. These countries are found on every continent and represent every type of economy.

Chances are, you have purchased, eaten, or are wearing something tainted by slavery. You can see what these tainted products are on Anti-Slavery International’s interactive map. END_OF_DOCUMENT_TOKEN_TO_BE_REPLACED

By January 2012, major manufacturers and retailers within the state of California must fully disclose the efforts made to ensure their products have not been tainted by slavery or forced labor at any point within the supply chain. END_OF_DOCUMENT_TOKEN_TO_BE_REPLACED