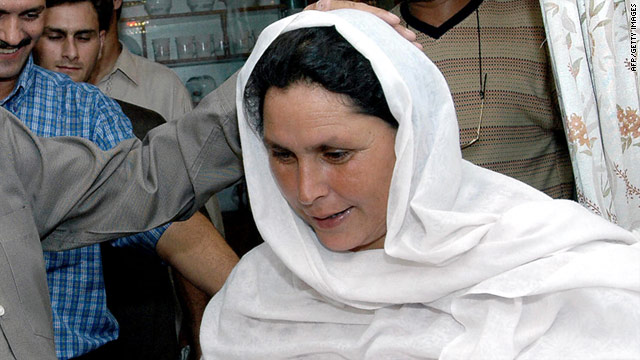 Saeeda Khan, 68, is accused of overseeing the visa and travel arrangements that brought Mwanahamisi Mruke, 45 from her home in Tanzania to London in October 2006.

When Mruke arrived in London, prosecutor Caroline Haughey told the jury, she was expecting to work as Khan's housekeeper.

In fact, the prosecution alleged, Khan treated her "as a possession, not a person."

Mruke regularly worked 18-hour days, and would be summoned by the sound of a bell to attend to Khan.

She was not allowed to leave the house, except to visit the supermarket or for medical appointments, and always accompanied by Khan, the prosecution said.

In addition, the jury of nine women and three men was told, Khan kept Mruke's passport and would listen in on her phone calls back home.

When Mruke's parents were dying, the jury heard, Khan forbade her to travel home, with the result that she did not get the chance to say goodbye to them before they died, nor did she get the opportunity to attend their funeral.

The jury was shown pictures of what the prosecution said was a mattress and a single blanket, the bed on which Mruke was forced to sleep in the kitchen of Khan's three-bedroom house in Harrow, northwest London.

The jury also heard that Khan had failed to honor an employment agreement relating to Mruke.

That document – which, the prosecution said, Mruke had no recollection of signing – described two forms of payment to Mruke.

The equivalent of 50 British pounds (about $81) would be paid monthly into a bank account in Tanzania, while Mruke would receive 10 pounds as an allowance in London.

The court was told that the 10-pound allowance had ceased to be paid during Mruke's first year in the UK, and that the payment into the Tanzanian bank account had stopped after two years.

Towards the end of the morning session, Mruke appeared as the trial's first witness.

She sat behind a screen, hidden from the defendant, who was sitting in the main part of the court, rather than in the dock, because she suffers from arthritis.

But Mruke did not testify live on Monday. Instead, the prosecution showed a video of police interviewing her.

Saeeda Khan denies the charge against her.

The trial is expected to last five days.

Topics: In The News
Next entry »'It's the person next door'
« Previous entryGenerations pay off debts through slavery

Click here to cancel reply.
Next entry »'It's the person next door'
« Previous entryGenerations pay off debts through slavery