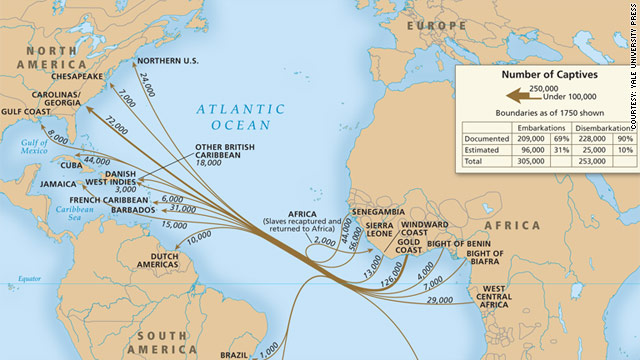 Strikingly, we can now provide better answers to such questions for Africans than we can for European migrants. The African slave trade reduced people to commodities, but commodities generated profits, and where there were profits there was generally good record-keeping. END_OF_DOCUMENT_TOKEN_TO_BE_REPLACED

Rani Hong, sold into child slavery at age 7, shares her story and how she now works to prevent that from happening to others while also revealing an inside look at how child trafficking works.

They arrived in the United States from West Africa, young girls held against their will and forced to work for hours on end. But this time, it didn't happen hundreds of years ago.

Nicole's journey started in 2002, when she was barely 12, in her small village in western Ghana. She and about 20 other girls were held in plain sight, but always under the watchful eyes of their captors.

"It was like being trapped, like being in a cage," said "Nicole," now 19. CNN agreed not to use her real name.